“Our future is to be a federal European Youth Organisation, a new home for an ever-growing European family where everyone is welcomed and all our troubles and successes are felt and shared by each and every one of us.” 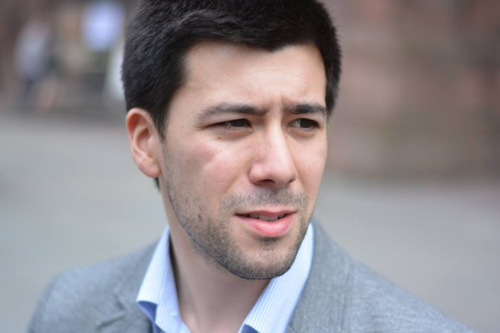 Tell us a bit about yourself – what is your academic background, what do you currently do for a living and what led you to BETA?

It’s a European cliché, but I swear it’s true: I am originally from a small border town in the northernmost part of Portugal. I studied Law at the University of Coimbra, and that is where my BETA adventure started - as participant of MEU Strasbourg 2014. I was already involved in BP debating and had been abroad for a couple of tournaments, but nothing compared to 3 years of MEUs organising experience. This led me to pursue a European setting, so I applied for the College of Europe. After an amazing year in Bruges, I was fortunate to be a stagiaire in the European Parliament in Brussels. Now I am working in Lisbon as a Competition/EU lawyer, while our Bar ‘gods’ decide if I am worthy enough to qualify as a lawyer

How has BETA affected your life personally?

BETA did not just affect my life. It radically changed it. In Law School, I used to hate European Law. Then Strasbourg happened. I joined BETA and applied for the organising team, where I was fortunate to meet amazing people and have a taste of what a demanding international work environment was like. I learned a great deal in those years and I was happy to give back to the project as much as it gave me. Without MEUS, I am sure that my life, as I have come to know it, would have never been. In the words of a great philosopher… “Sad!”

What has been your experience as President of BETA?

Tremendous! For me, it is an immense satisfaction and an amazing sense of pride to lead this team. There is a very positive energy and a constant buzz: we always have something going on! As you know, we have inherited a very difficult situation from past years. The challenge was huge: Cristoforo and I were fully conscious of the task ahead of us when we decided to run. But most of our team is new, so it was with great joy that I have witnessed their energy, dedication and positive attitude tackling the most urgent tasks, right from the start.

What are your challenges and successes as BETA’s Presidents so far?

The professionalisation of BETA. We finally have an internal organisation that provides a professional working environment where things get done. This is key when you work in a team that is scattered across Europe; whose members will hardly have the chance to be all together under the same roof at the same time – although we are working on that as well.

I believe that was the first step in our broader goal this term: to restore BETA’s credibility - with its members and its partners. If you look at the way we now communicate, you can see a stark difference since the moment we took office. From August 15th, the message is clear: our partners can trust us; our members count on us; and our network rely on us. We are working hard with all BETA organisations and partners to achieve a culture of solidarity, cooperation and integration. From Sofia to Glasgow, Warsaw to Lisbon, BETA is and must be there for all, for each and every one of us.

This is the only way forward, and I believe everyone now fully understands this. However, this is only possible if we are bold enough to implement much overdue reforms in this association: its transformation from a de facto European network into a Federal European Youth Organisation. That is what this term is all about.

What are your reflections about the development of BETA in the last 5 years?

Over the past 5 years, BETA achieved a unique feat: the concept of MEU simulations spread like wildfire. From all over Europe, participants carried this spirit back home and started their own MEUS. They found colleagues, got partners willing to go along with this and, when that failed, they went ahead anyway and created their own national BETA organisations. Thus, as the MEU concept started to consolidate, BETA itself emerged as a brand – and look at us now: almost 12 national BETAs, 24 national partners and we are actively involved in conferences all the way to Lebanon or Egypt.

It’s an inspiring success story: suddenly, here’s this small organisation in Mainz, organiser of MEU Strasbourg, now seen as a EU reference of simulation of European Politics: Martin Schulz, Herman Van Rompuy, supporting our work. Insane! This meant a shift of paradigm, something not always easy to achieve. After two years of endless debates, tensions, complications and, sometimes, clashes, I believe we are finally ready for change. Change which is now inevitable.

What are your plans and ideas for the future of BETA?

Our future is to be a federal European Youth Organisation, a new home for an ever-growing European family where everyone is welcomed and all our troubles and successes are felt and shared by each and every one of us. It is time to have an adequate legal structure that can support and exponentiate the unlocked potential of this incredible European network that is doing so much to promote European values and so strongly give rise the very sense of European Citizenship.

We are working towards that goal: by the end of this term, a Federal Convention will be held, where the future of BETA is to be decided by all of us. Our network is debating as we speak, and together, we will open a new, shared path towards the future. A future where BETA Europe can truly support, both politically and financially, all our partners and conferences; from the heart of Europe to the very farthest corners of the Continent and beyond. BETA, more than an association, is an idea. Now is the time to grab all available opportunities and provide the tools to spread even further this idea: Bring Europeans Together. 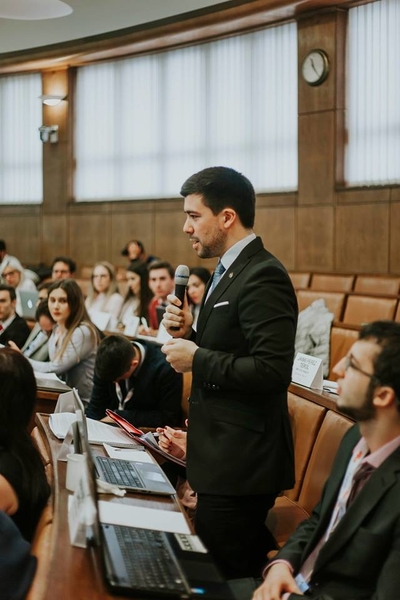 What has been the most rewarding part of being a member of BETA?

By far, the most rewarding experience is to meet so many different people and clearly see the difference, the effect that these projects have in them. And it is especially rewarding when your actions produce positive change in the hardest place of all - people’s hearts and minds.

My favorite experience is a story from MEUS 2015: at the end of the last night, a British participant came up to me and insisted to buy me a beer. I accepted, of course. After hardly raising the glass, he confessed himself as a Eurosceptic and revealed that he had only applied to see his worse expectations of the EU confirmed. Then, the most amazing thing happened: he said he was wrong. MEUS had demystified his preconceptions and now believed that the EU, in some ways, was even more democratic than his country. And thanked me for my role as commissioner, as it had been instrumental in his change of heart. I was overwhelmed. He has been part of the MEUS organising team ever since … For me, this is what it’s all about.