As part of our activities for the promotion of #ThisTimeImVoting campaign and raising awarness of European Union and its Institutions, Bringing Europeans Together Association - BETA Europe - has organised a public panel discussion ‘European Elections 2019: Visions & Divisions’ at the Jagiellonian University of Krakow. 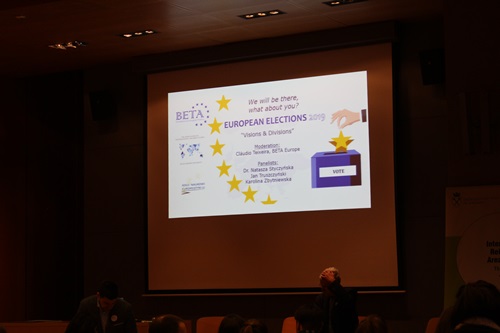 Panel discussion has gathered more than 100 young Europeans and students based in Krakow. They had the chance to hear and discuss with experts relevant issues in the contemporary EU politics, amongst others Europe’s future prospects, the engagement of the youth in European politics and of course about the crucial importance of the upcoming European Elections taking place between the 23rd-26th May 2019. 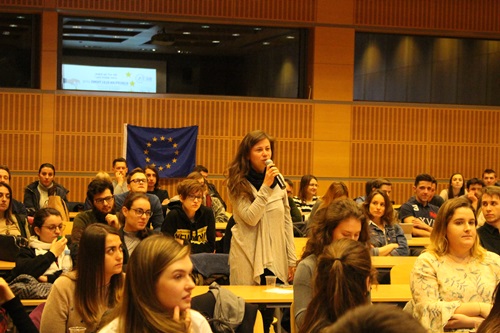 Our speakers at the panel discussion were:

The Panel Discussion was moderated by Mr Cláudio Teixeira, former President of BETA Europe, a Competition and EU Law expert and author of publications on the topic of European Elections and European Electoral Reform. 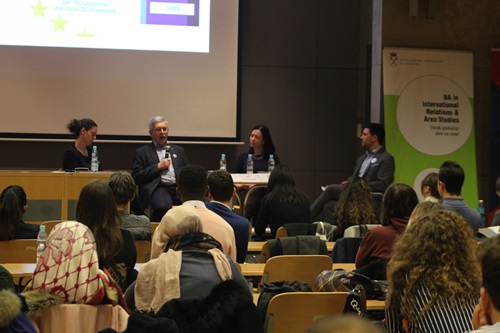 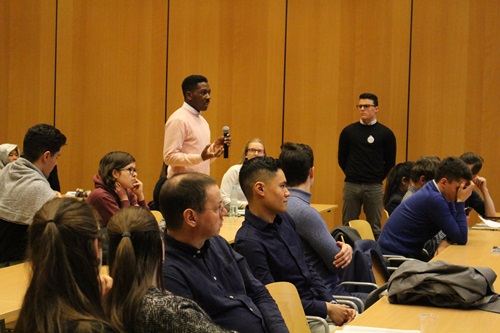 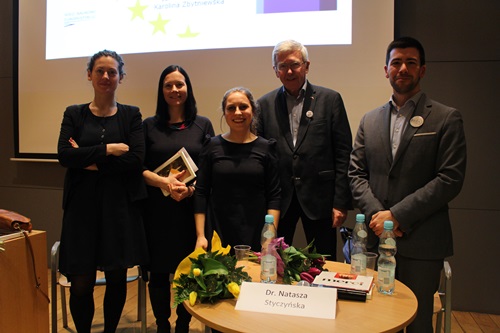 *This event was done as part of the project “Engaging and Empowering Youth for European Elections 2019” which is co-financed by the European Union in the frame of the European Parliament’s grant programme in the field of communication. The European Parliament was not involved in its preparation and is, in no case, responsible for or bound by the information or opinions expressed in the context of this project. In accordance with applicable law, the authors, interviewed people, publishers or programme broadcasters are solely responsible. The European Parliament can also not be held liable for direct or indirect damage that may result from the implementation of the project