BETA Europe took part in a meeting conducted in Brussels on the 18th January as one of the grant receipts from the European Parliament within the framework of disseminating into their networks and social media channels #ThisTimeImVoting campaign which aims to encourage young Europeans to participate in the upcoming European elections taking place in May. The meeting equally enabled all the pan-European election grant recipients to share more about their projects and their progress whist also increasing the possibilities for collaboration and networking. 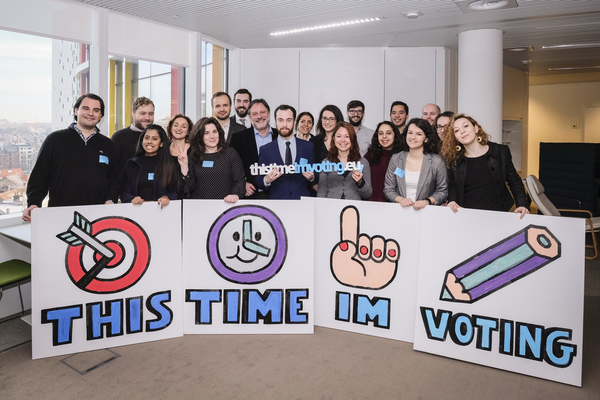 BETA Europe was represented by President Nick David Madžarov and Head of Fundraising Yogam Rajendra who introduced the participants with our Association and elections project, which was very well received by the elections grant department, the financial unit as well as the remaining pan-European grant recipients.

We are excited to belong amongst these active pan-European organisations, which were given the opportunity to spread the word about the European elections through their great networks, therefore contributing towards building the momentum for the upcoming four months.

Not part of the #ThisTimeImVoting platform yet? Make sure you subscribe to crucial information on the European elections through this link: