BETA Portugal is organising the third edition of its national language MEU in Portuguese. After Lisbon and Porto, the beautiful city of Coimbra, home of one of Europe’s oldest universities, now hosts the most realistic simulation of EU Politics!

From 19 to 23 February, 100 young participants from all over the Portuguese-speaking world shall take on the roles of MEPs, Ministers of the Council of the EU, Journalists, Lobbyists and - a first in Portugal - Interpreters!

Two legislative proposals shall be discussed: the Regulation on screening of Foreign Investment and the Withdrawal Agreement of the UK from the EU. The topics shall have the expert insight of renowned speakers, including Sandra Pereira MEP, and Bernardo Ivo Cruz (Brexit Digest).

MEU Coimbra also lists a number of organisers hailing from all over BETA Europe’s network: Andreea Serban (DG MEU Iasi) and Wassim Essebane (DG Brussels MEU) shall take on the role of European Commission. Cohen Ferreira (BETA PT, Brussels MEU) shall be the Brexit Secretary, Giuliano Cantadore (MEU Strasbourg) will be Legal Advisor and Carlos Gómez Arnemann (MEU Spain) will be the Lobbyists Coordinator. As chairpersons, Cláudio Teixeira (former president BETA Europe) and Miguel Guedes (DG MEU Lisbon) will preside the European Parliament and the Council of the EU.

Although Portuguese shall be the official working language, international applications are welcomed until the 14th February.

More information at the event page.

May 27th: Webinar on opportunities in the “EU Bubble”

Bringing Europeans Together Association - BETA Europe and BETA Europe Think Tank are organizing a webinar with guests working for the European Institutions a... 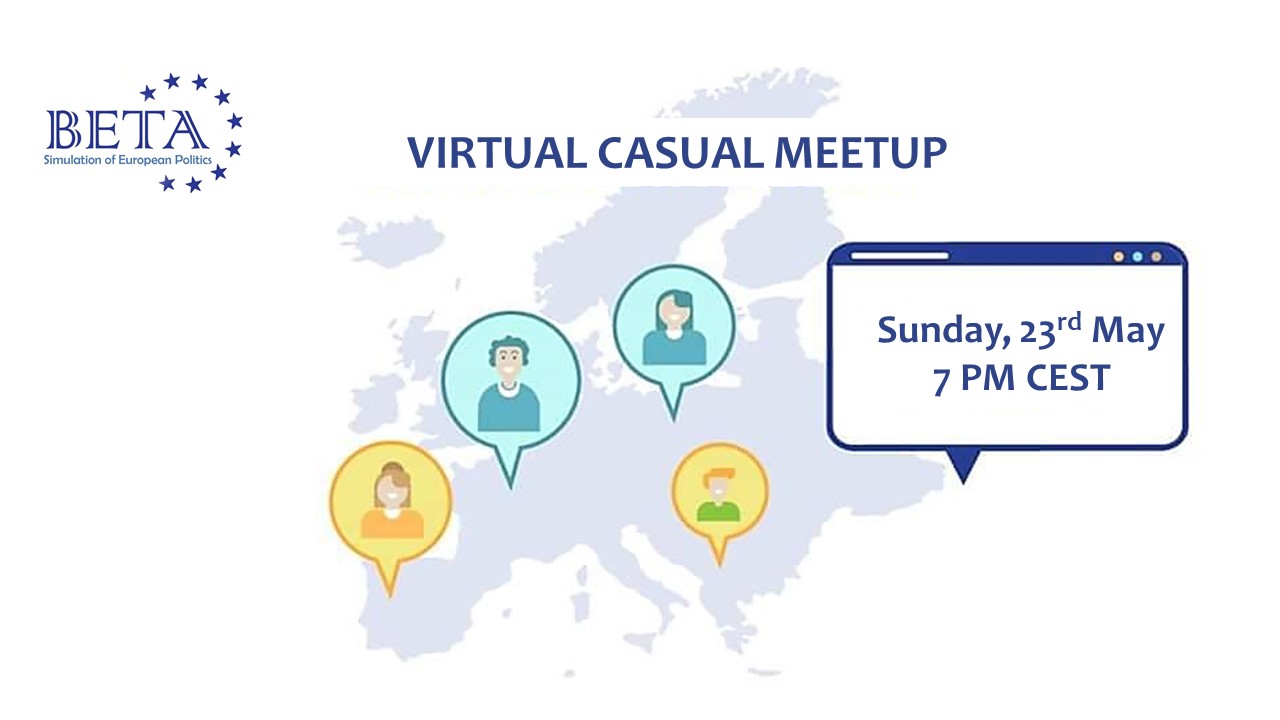 The next BETA Europe Virtual Meetup will take place online on Sunday, 23.05. at 7 PM. All members, friends and partners of BETA Europe are kindly invited to ...

In accordance with the BETA Europe statutes, our upcoming annual General Assembly (GA) will take place on 26th of June, 2021.

Do you love MEUs? Are looking for a new challenge and a way to boost your professional skills and gain valuable experience? Are you interested in European Af...